Questionbang mock-set-plus is a premier assessment platform for various competitive exams including NEET, JEE and Bank exams. The application offers a feature to provide feedback once a user attempts a free mock exam. These reviews are captured and recorded through TrustSpot.

As a part of internship, I wanted to use machine learning (ML) to decide whether a user is a potential reviewer and be insisted for a feedback.

Every topic in mock-set-plus has a free mock exam. These are of short duration. Most users who visit mock-set-plus attempt free papers to have a quick overview of online mock exams. They are asked to give a feedback and a star rating immediately after completing the exam session. 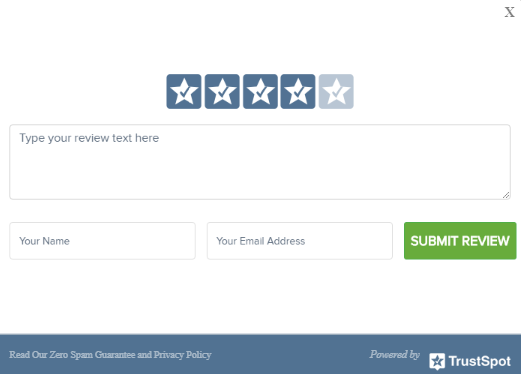 Not many users give feedback or rating, they simply skip over to the next stage for reviewing results. Now, whether a user be reminded to give feedback? It is not going to be a good user experience, if an application regularly asks users for reviews or other feedback. So, we need to be careful while seeking second time for the review. To make this process restrained, we wanted to classify users based on whether they are potential reviewers or not.

A user who hardly attempted questions, ends a session without giving any feedback.

A user who does extremely well with an exam, but skips over without giving feedback.

In scenario (1), let us assume, the user did not like any of the questions or the user felt the mock exam is not worthy of attempting. But, a feedback on why the application has been disliked, can be a valuable input. We should insist such a user for a feedback.

In scenario (2), the user might have found the questions to be obvious or ordinary. The application would really benefit by having this feedback.

In short, every user can be a source of valuable feedback. The only concern now is whether a user be insisted to give a feedback?

Let us use historical data from TrustSpot reviews to decide whether a user is a potential reviewer.

Choosing a ML technique – whether a user is a potential reviewer?

Our requirement is to assess whether a user will rate mock-set-plus on TrustSpot. What we have is historical ratings from TrustSpot. As we can see above, there are multiple factors (probably dependent) that contribute in a user’s decision to rate or not.

– How many questions user attempted?

– How much time a user has spent?

– What is the score?

The requirement for now is to connect historical trend to compute a probability of an outcome. We will use Naive-Bayes technique.

Let us categorize above data (table 1) into the following groups:

Table of preprocessed data with low and high values:

Naive Bayes is a statistical classification technique based on Bayes Theorem. The classifier assumes that the effect of a particular feature in a class is independent of other features. In our case, the features Q, S and T can have some role in a rating event. As per Naive-Bayes classifier,  these features are assumed to be independent while computing probability. This assumption simplifies the computation, and that’s why it is considered as naive.

likelihood of giving a review

likelihood of not giving a review

Next, let us check whether a user will rate based on following inputs:

likelihood of giving a review

likelihood of not giving a review

For above condition there is 87% chance that the user is going to rate mock-set-plus.

As the application is going to constantly accumulate rating data, the prediction accuracy may improve over a period of time. More importantly, how accurate, these predictions in a production setup are something to watch for.

The classification of features (Q, T, S) for now is very broad (low/high) based. Ideally, this should be on a wider scale, e.g., poor, low, average, good, excellent,  or something similar. This is something,  we hope can achieve better accuracy in  predictions.

Lastly, I would like to thank Questionbang team, esp.,   Raksha Raikar for all the guidance and help throughout the internship.

Your study companion -
Assess your learning regularly using Questionbang app. Watch your progress using Result Analysis, and understand where you are in comparison to 1000’s of others. Let's get started.