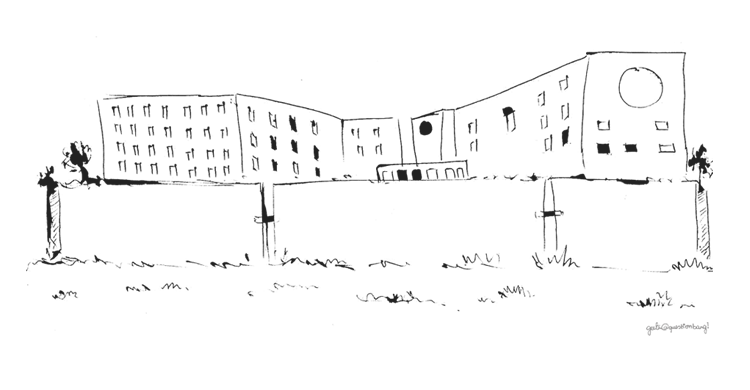 The cut-off is a popular word during the admission season, especially in India. For us at Questionbang, the cut-off is something often asked by mock-set-plus users – Has my score is good enough to qualify Joint Entrance Examination (JEE)? Hence, we decided to predict the cut-off for the next season and have it in result analysis.

Most of us have used basic regression analysis during our class 12th maths, e.g, time series and forecasting. In reality, the outcomes of such predictions are going to be dependent on various factors. The use of simple regression may not be sufficient in such cases.

Let us consider our requirement – predicting cut-off marks for JEE. The table below shows cut-off scores for the last 6 years.

Let us assume those cut-offs (Table 1) are a measure of competition and hence, are a function of the following variables:

How these individual variables influence the outcome is something to be predicted.

What is the regression analysis?

In our case, the cut-off score (predictor) is dependent on three independent variables (

) as discussed before. Hence, this is going to be a multiple linear regression scenario.

The table below (Table 2) is an extension of Table 1 (Cut-off scores for the last 6 years) to include the number of seats available, difficulty level and the number of applicants.

The data – cut-off scores, seat availability, number of applicants and difficulty level have been gathered from online news portals. The JEE format changed a few times during the past 20+ years. It has a two-phase (Mains & Advanced) format since 2013.  We will use data from 2013  to  2018.

Assume a single independent variable condition and set of values as below (Table 3). Let us call these observations.

Following is an equation for simple linear regression:

In generic form,  the equation for predicted value will become:

Let us verify the accuracy of our prediction (Table 5),

As you can see, we subtracted the predictions (

) from the actual observations (

). The next objective would be to refit the line so that the error (

Eq (4) is a squared error function; we need to find coefficients a & b to achieve minimum (zero) error. Take the partial derivative of eq (4) with respect to  a and b:

In our case, we have three independent variables –

are means of respective variable values.

And the normal equations are,

Writing the above equations in matrix form and solving using Cramer’s rule:

Let us calculate the coefficients a, b, c and d using Microsoft Excel.
(Courtesy: https://onlinecourses.science.psu.edu/stat501/node/380/)

After substituting the above coefficients, eq (9) becomes,

We will assume the following values for the year 2019:

The above prediction may not be accurate as it is based on a very limited set of data. It is to be noted that, this prediction is not relevant for the year 2019 (onwards), as the cut-off is going to be in percentile not in the score.

Questionbang users can find these values in the mock-set-plus result analysis section.

We value your feedback and welcome any comments to help us serve you better.

Your study companion -
Assess your learning regularly using Questionbang app. Watch your progress using Result Analysis, and understand where you are in comparison to 1000’s of others. Let's get started.