The United Nations Day to mark anniversary of entry into force of UN Charter in 1945.
The World Polio Day is observed annually across world to create awareness about hazards of the crippling Polio disease.
World Development Information Day draw attention of world to development problems &necessity solve them. India railways announced its plan to link New Delhi and Ladakh by means of a railway line that will run along the India-China Border. The proposed Bilaspur-Manali-Leh Line would be the world’s highest railway line once launched. Wed, 31 Oct, 2018 India will be among the top three aviation market by 2024 according to International Air Transport Association (IATA) in its 20- year air passenger forecast report. India is currently at seventh position in Global Aviation market. Wed, 31 Oct, 2018

Mammals of India (MaOI) is a new model of repository on Indian mammals by the Scientists and Researchers from the National Centers for Biological ciences (NCBS), Bangalore. It is a citizen-scientific repository initiated in September 2018. It is a first such repository of Mammals in India.

Statue of Unity also a tribute to Indian engineering skills The Statue of Unity, built as a tribute to Sardar Vallabhbhai Patel, known as Iron Man of India, would be the tallest in the world and the quickest to be completed in just 33 months unlike China’s Spring Temple Buddha which took 11 years to complete, infrastructure giant Larsen & Toubro claimed. Mon, 29 Oct, 2018 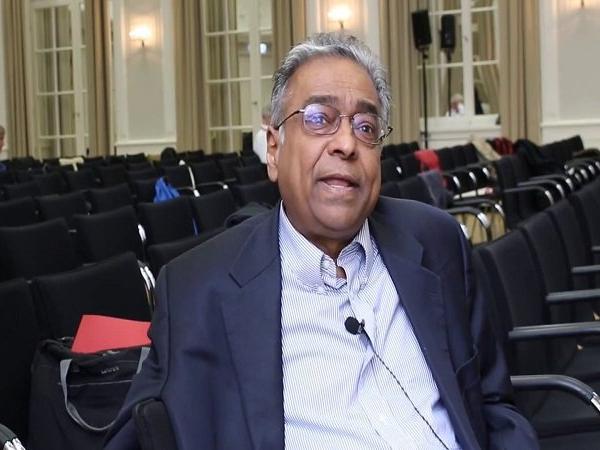 Over four decades after he began his scientific engagement with gravitational science, Professor Abhay Vasant Ashtekar is set to receive the prestigious Einstein Prize conferred by the American Physical Society (APS) in 2019. Mon, 29 Oct, 2018

India will soon have indigenously-developed microprocessor IIT-Madras on Friday unveiled what it claims to be the first indigenously-developed microprocessor in the country that can be used in mobile computing devices, embedded low-power wireless and network systems. Mon, 29 Oct, 2018

The United Nations Day is observed every year on 24th October to mark anniversary of entry into force of UN Charter in 1945. ‎With ratification of this founding document by majority of its members, including five permanent members of UN Security Council, United Nations officially came into existence.

The United Nations Day is observed every year on 24th October to mark anniversary of entry into force of UN Charter in 1945. ‎With ratification of this founding document by majority of its members, including five permanent members of UN Security Council, United Nations officially came into existence.

India, Afghanistan and Iran Tuesday held their first trilateral meeting on Chabahar port project during which they reviewed its implementation. The meeting assumes significance as the strategically-located port on the energy-rich Iran's southern coast was coming under the ambit of US sanctions on Tehran.

Prime Minister Narendra Modi today said a national award in the name of Netaji Subhash Chandra Bose will be given every year to police personnel who do "exemplary work" in rescue and relief operations during any kind of disasters.

India’s longest bridge to be built across Brahmaputra In recognition of his dedication to improving international cooperation, raising global economic growth, accelerating the Human Development of the people of India by fostering economic growth in the world's fastest growing large economy. India's first national police museum to be inaugurated by PM Modi. Remembering the brave policemen who sacrificed their lives while discharging their duties. Rich tributes are paid to the martyrs on this day. Wed, 24 Oct, 2018

“Milkman,” a vibrant, violent story about men, women, conflict and power set during Northern Ireland’s years of Catholic-Protestant violence. The 56-year-old Belfast-born novelist said she was “stunned” to have won. Her first novel, “No Bones,” was released in 2001.

The famous Shahi litchi, which is famous for its sweet, juicy, unique flavour and aroma, is mostly grown in Muzaffarpur and neighbouring districts including East Champaran, Vaishali, Samastipur and Begusarai. Sat, 20 Oct, 2018

The crucial role and contribution of rural women. The 2018 them of the day was “Sustainable infrastructure, services and social protection for gender equality and the empowerment of rural women and girls”

October 17: International Day for the Eradication of Poverty

To raise people’s awareness of the need to eradicate poverty and destitution worldwide, particularly in developing countries. The 2018 theme was ‘Coming together with those furthest behind to build an inclusive world of universal respect for human rights and dignity’

Guadeloupean author Maryse Conde (81) was awarded New Academy Prize in Literature, an alternative award formed in protest to Nobel Literature Prize. She was selected from 47 authors who were nominated by Swedish librarians and voted on by nearly 33,000 people from around the world.

To mark foundation of Food and Agriculture Organisation (FAO) of the United Nations in 1945. It is observed as day of action dedicated to tackling global hunger and aims to raise public awareness about hunger challenges and encourage people around world to take action in fight against hunger. Sat, 20 Oct, 2018

Pandit Lachhu Maharaj was an Indian classical dancer and choreographer of Kathak. He came from a family of illustrious Kathak exponents in Lucknow, and also worked as film choreographer, Hindi cinema, most notably Mughal-e-Azam and Pakeezah. Sat, 20 Oct, 2018

First India-US tri-services exercise to be held in 2019

World Post day happens each year on October 9, the anniversary of the Universal Postal Union (UPU), which started in 1874 in Switzerland. The UPU was the start of the global communications revolution, introducing the ability to write to others all over the world.

Thangjam Tababi Devi became India’s 1st judo medallist at the Olympic, claiming a silver at the ongoing Youth Games after losing to Venezuela’s Maria Giminez in the finals of the women’s 44kg category. Thu, 11 Oct, 2018

The new word, refers to a society consisting of or governed by people characterized as idiots, or a government formed of people considered stupid or idiotic. Idiocracy is among 1,400 new words added in the latest update of the OED Thu, 11 Oct, 2018

The Indian Air Force (IAF) is celebrating its 86th anniversary as October 8 commemorates the official foundation day of the force. The IAF, air arm of the Indian armed forces, has the prime responsibility of securing the Indian airspace. Thu, 11 Oct, 2018

Scientists have created tiny spheres that can catch and destroy bisphenol A (BPA), a synthetic chemical used to plastics that often contaminates water. BPA is commonly used to coat the insides of food cans, bottle tops and water supply lines, and was once a component of baby bottles.

ISRO & ROSCOSMOS work together for 1st Indian manned mission, a MoU was inked between ISRO and the Federal Space Agency of Russia ‘ROSCOSMOS’ for joint activities in the field of Human Spaceflight Programme. Thu, 11 Oct, 2018

The Swachh Sarvekshan Grameen awards 2018 were announced and conferred by Prime Minister Narendra Modi where Haryana was ranked cleanest state and Satara district was ranked the cleanest district. Thu, 11 Oct, 2018

NASA’s Parker Solar Probe – mankind’s 1st mission to ‘touch’ the Sun – successfully completed a flyby of Venus at a distance of about 2,415 kilometres during its 1st gravity assist from the planet Thu, 11 Oct, 2018

The Indian Coast Guard conducted its maiden joint exercise with the Vietnam Coast Guard in the Bay of Bengal, off the coast of Chennnai. Aimed at enabling the Coast Guard units of the two countries to acquaint themselves with each other’s capabilities, strengthening the working-level relationship.

With the population of the endangered Gangetic river dolphin decreasing and its habitat changing, there is finally good news that the much-awaited National Dolphin Research Centre (NDRC), India’s and Asia’s first, would be a reality here soon — with October 5. Sat, 06 Oct, 2018

Prime Minister Narendra Modi received the United Nation’s highest environmental honour, the ‘Champions of the Earth Award’ from United Nations Secretary-General Antonio Guterres, at a ceremony in Delhi. He is among the six winners who got the awar. Sat, 06 Oct, 2018

Astronomers have pinpointed what appears to be the first moon detected outside our solar system, a large gaseous world the size of Neptune that is unlike any other known moon and orbits a gas planet much more massive than Jupiter.

The Alphonso mango from Ratnagiri, Sindhudurg and other adjoining areas in Maharashtra have been accorded the Geographical Indication (GI) tag. The first product to get a GI tag in India was Darjeeling tea in 2004.

first python brought to the clinic complex in the college since it was started in 2007. With fractures in its abdomen and skull, the nine-year-old reptile was treated in the hospital. The 3 m long Indian rock python was spotted swallowing a sambar deer calf at Bhaktharavalli in Chikkamagaluru taluk .

The Royal Swedish Academy of Sciences awarded the Nobel Prize in Chemistry 2018 with one half to Frances H. Arnold and the other half jointly to George P. Smith and Sir Gregory P. Winter.

The second International Translation Day was observed by United Nations on 30 September 2018. Observance of this day seeks to recognize contribution of unsung heroes behind international diplomacy who work as language professionals to facilitate dialogue and contribute to development and strengthens world peace and security.

This year it was observed on 1 October 2018 with theme ‘Municipal Solid Waste Management’. The purpose of day is to reflect on state of cities and towns and basic human right to adequate shelter. It also aims to remind world of its collective responsibility for habitat of future generations.

The 2018 Nobel Prize in physiology and medicine was awarded to American and Japanese immunologist James P Allison and Tasuku Honzo for their discovery of "cancer therapy by inhibition of negative immune regulation". This year’s Nobel prize constitutes a landmark in our fight against cancer.

BSE has launched gold and silver derivative contracts and has applied for the launch of crude oil and copper contracts with Sebi. The stock exhange will subsequently launch more agri commodities. Till date, commodity contracts are available only on MCX and NCDEX, the two specialised commodity derivatives exchanges in the country.

The International Day of Non-violence is celebrated every year on 2 October throughout world on birth anniversary of Mahatma Gandhi, leader of Indian independence movement and also pioneer of philosophy of non-violence (ahimsa). Observance of this day seeks to promote principles of non-violence.

Vice President Venkaiah Naidu has inaugurated world largest dome in MIT World Peace University in Pune. All the statues in the dome are made by 93 year old famous sculpture Ram V Sutir. The dome can house over a thousand people together and has spititual symbols of all religions in the world. Thu, 04 Oct, 2018

By adopting WHO’s new guidelines, countries can significantly reduce the 829, 000 annual diarrhoeal deaths due to unsafe water, sanitation and hygiene. For every US $1 invested in sanitation, WHO estimates a nearly six-fold return as measured by lower health costs, increased productivity and fewer premature deaths.

The Royal Swedish Academy of Sciences has selected three scientists Arthur Ashkin (USA), Gerard Mourou (France) and Donna Strickland (Canada) for the 2018 Nobel Prize in Physics. They were selected for groundbreaking inventions in the field of laser physics. Thu, 04 Oct, 2018