Wing Commander Abhinandan Varthaman is an Indian Air Force fighter pilot who, during the 2019 India–Pakistan standoff, was held captive in Pakistan for 60 hours after his aircraft was shot down in an aerial dogfight. Varthaman was conferred the Vir Chakra gallantry award in August 2019.

An app where citizens can click pictures or make a video of pollution causing activities, such as burning of garbage, industrial pollution, dust and upload them on the application. (Source: The Hindu)

India and the United States on Tuesday (October 27) signed the Basic Exchange and Cooperation Agreement (BECA), which will help India get real-time access to American geospatial intelligence that will enhance the accuracy of automated systems and weapons like missiles and armed drones (Source: Indian Express)

Scottish movie legend Sean Connery, who shot to international stardom as British agent James Bond and went on to dominate the silver screen for four decades, has died aged 90, the BBC and Sky News reported on Saturday. (Source: The Hindu) 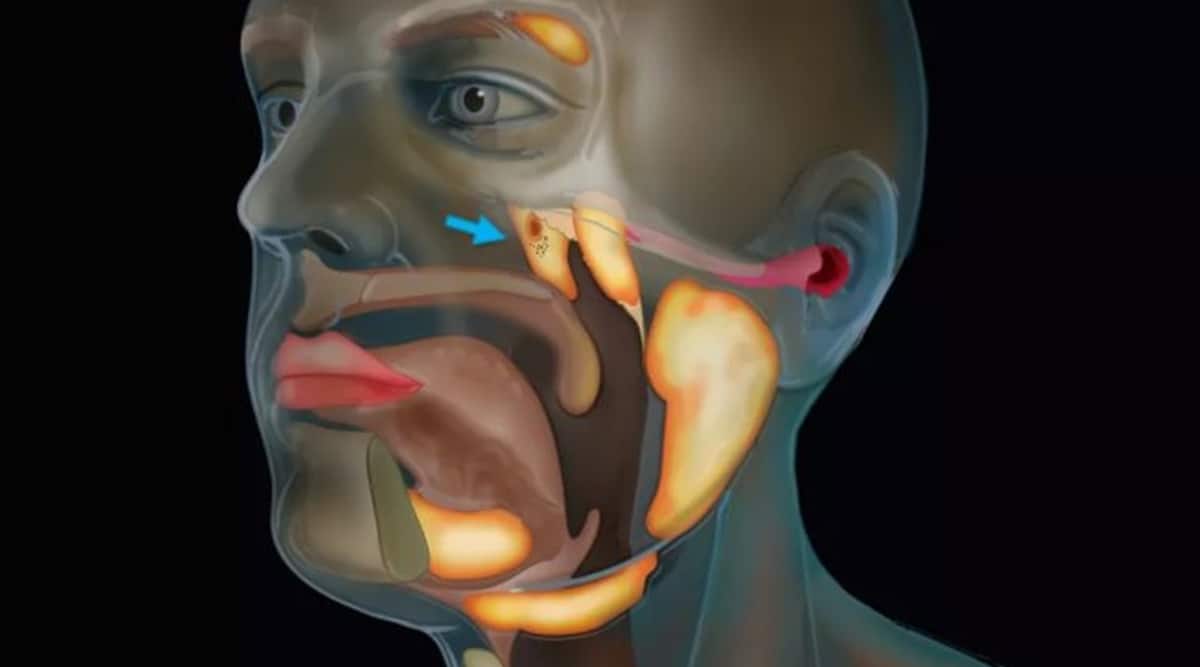 Scientists in the Netherlands have discovered a potential new organ in the human throat that they stumbled upon while carrying out research on prostate cancer. According to a study published the presence of the glands after examining at least 100 patients. These footwear are made of Khadi fabric like Silk, Cotton and Wool. Nitin Gadkari also launched the online sale of khadi footwear through KVIC's e-portal www.khadiindia.gov.in The Police Commemoration Day is observed on October 21 every year to pay respects to the 10 policemen who were killed by Chinese troops in an ambush at Hot Springs area near Ladakh on October 21, 1959. NASA’s Origins, Spectral Interpretation, Resource Identification, Security, Regolith Explorer (OSIRIS-REx) spacecraft unfurled its robotic arm Tuesday, and in a first for the agency, briefly touched an asteroid to collect dust and pebbles from the surface for delivery to Earth in 2023.

1st ever SCO Startup Forum to be launched on Oct 27.

The first-ever SCO Startup Forum will be launched on 27th October 2020 ahead of the SCO trade ministers meeting on 28th October. The forum will lay the foundation for multilateral cooperation and engagement among the SCO Member States to develop and hone their startup ecosystems, collectively. The Missile is being developed by the Defence Research and Development Organisation (DRDO) for the Indian Air Force (IAF) and will have both Lock-on After Launch and Lock-on Before Launch capability, the sources informed.

A people meter is an audience measurement tool used to measure the viewing habits of TV and cable audiences. The box is hooked up to each television set and is accompanied by a remote control unit. Each family member in a sample household is assigned a personal 'viewing button' (Source: Wikipedia)

Atal Tunnel (also known as Rohtang Tunnel) is a highway tunnel built under the Rohtang Pass in the eastern Pir Panjal range of the Himalayas on the Leh-Manali Highway in Himachal Pradesh. At a length of 9.02 km, it is the longest tunnel above 10,000 feet (3,048 m) in the world and is named after former Prime Minister of India, Atal Bihari Vajpayee. ESA and NASA for the future of space exploration

The plans include landing the first woman on the Moon, establishing a space station in orbit around the Moon, and returning samples of Martian rock to Earth (source: www.sciencefocus.com)

The 2020 Nobel Prize in Chemistry- for Genome Editing method The 2020 Nobel Prize in Chemistry has gone to Emmanuelle Charpentier and Jennifer A. Doudna "for the development of a method for genome editing." That method, formally known as CRISPR/Cas9 gene editing, but often simply called CRISPR, allows scientists to precisely cut any strand of DNA they wish.

The central government on Wednesday has appointed M Rajeshwar Rao as deputy governor of the Reserve Bank of India, it said in a notification. He is currently the executive director of RBI. The Appointment Committee of the Union cabinet has approved the appointment, the notification stated. Rao succeed NS Vishwanathan as the fourth deputy governor.

The Indian Air Force is celebrating its 88th anniversary today when it will showcase it prowess and put its mainstream fighter jets on display. A key highlight this year is the newly-inducted Rafale fighter aircraft that will be featured.

To attract high-tech organisations, Tamil Nadu needs an ecosystem for advanced manufacturing and needs to providea fillip to the development of industrial corridors and clusters, smart cities. Now, Tamil Nadu will be able to harness opportunities in the sectors of electronics, electric mobility, solar energy and textiles through collaboration with AMHUB. The quantity of the tiny pollutants was 25 times greater than previous localised studies had shown, the agency said, calling it the first global estimate of sea-floor microplastics. Russia has tested its Tsirkon hypersonic cruise missile from a frigate as it plans to arm surface vessels and submarines with the missile system. The Tsirkon missile was fired from the Northern Fleet’s frigate Admiral Gorshkov in the White Sea to hit a target located at a distance of 450km in the Barents Sea. The Union Health Minister launched the protocols at an event held via video conferencing today and hailed the up-gradation of protocols by the AYUSH Ministry, which has been done in sync with the Indian Council of Medical Research (ICMR) and Council of Scientific and Industrial Research (CSIR).

Northrop Grumman launched another flight to the International Space Station, this time named after late astronaut ‘Kalpana Chawla’. The Cygnus vehicle S.S Kalpana Chawla along with Antares rocket for NG-14.

World Habitat Day is marked on the first Monday of October each year, and is recognized by the United Nations to reflect on the state of towns and cities, and on the basic right of all to adequate shelter. The day is also intended to remind the world that everyone has the power and the responsibility to shape the future of towns and cities. 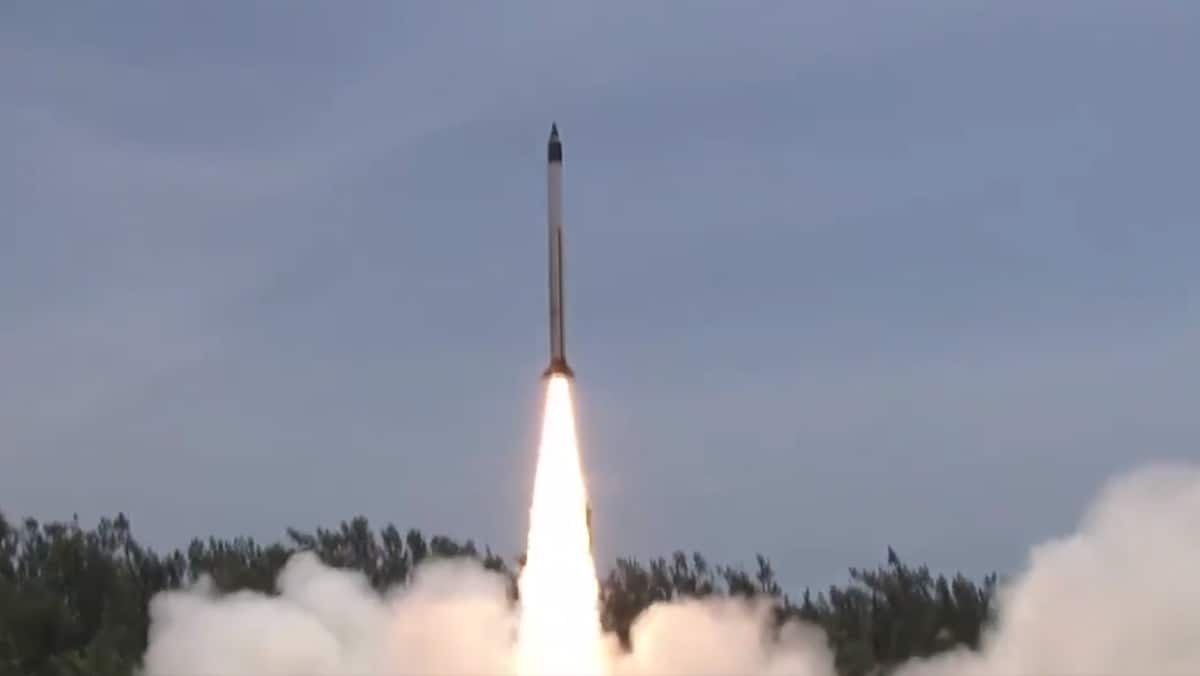 DRDO successfully test-fired the BrahMos surface-to-surface cruise missile with an indigenous booster and air frame sector, along with other sub-systems made within the country. The supersonic missile is one of the prime precision-strike missiles used by all 3 forces.

The tech giant’s ‘‘Make Small Strong’ campaign is meant to “rally support from the citizens for small businesses by buying locally, leaving reviews and ratings and promoting their favourite retailers on social media to help generate demand for these businesses.

It aims to drive action to educate people that by controlling risk factors such as tobacco use, unhealthy diet and physical inactivity, at least 80% of premature deaths from heart disease and stroke could be avoided. The Pune-based Serum Institute of India (SII) on Tuesday committed to producing an additional 100 million doses of the vaccine it is testing. This brings the total number of doses to 200 million to be available at $3 a dose to a group of at least 61 ‘low and middle income countries’ that includes India.

World Rabies Day aims to raise awareness about the impact of rabies on humans and animals, provide information and advice on how to prevent the disease in at-risk communities, and support advocacy for increased efforts in rabies control. It was on this day in 1907, Bhagat Singh was born in Banga village of Lyallpur district of undivided Punjab province. He fought against British rule for the country's independence and was hanged in Lahore jail at the age of 23, along with Rajguru and Sukhdev.

Since 1980, the United Nations World Tourism Organization has celebrated World Tourism Day as international observances on September 27. This date was chosen as on that day in 1970, the Statutes of the UNWTO were adopted. The adoption of these Statutes is considered a milestone in global tourism. 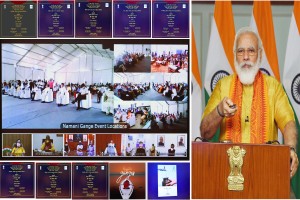 The Museum in Haridwar showcases the culture, biodiversity and rejuvenation activities done in Ganga river, the STP in Chandreshwar Nagar occupies less than 900 SQM area which is about 30% of the usual area requirement for STPs of such capacity.

The International Day for Universal Access to Information (IDUAI) was proclaimed on 15 October 2019 at the 74th UN General Assembly to be held on 28 September. Initially the day was designated by the UNESCO General Conference. It was inaugurated in November 2015 and was first held on 28 September 2016.