Sri Lanka’s first satellite Raavana-1 was launched into space from NASA’s Flight Facility on Virginia’s east shore. Raavana 1 weights around 1.05 kg and is 1000 cubic centimetres in size. The minimum lifespan of the satellite is around one and a half years and a half years and it is expected to be active for five years.

Nepal’s first satellite NepaliSat-1 was launched into space from the Virginia-based station of the National Aeronautics and Space Administration (NASA) in the US. NepaliSat-1 will start rotating around the Earths orbit to collect information about the country’s topography and Earths magnetic field. The Council of Scientific and Industrial Research (CSIR) has undertaken an indigenous genetic mapping effort to educate a generation of students on the “usefulness” of genomics. Sat, 27 Apr, 2019

The scientists have detected the first molecule to ever form from stray atoms in the universe. The first such molecule was helium hydride, a combination of helium and hydrogen. The discovery is a first step in unlocking the mystery of the universe’s chemistry.

Earth Day was formally proposed by John McConnell at UNESCO conference on Environment in 1969. Later in 1971, a proclamation was signed to observe international Earth Day annually on the Vernal Equinox by UN Secretary-General U Thant and was first celebrated in 1970.

To commemorate both the birthday and date of death of William Shakespeare. The English Language Day was the result of a 2010 initiative by the Department of Public Information which had sought to establish language days. Sat, 27 Apr, 2019

23rd of April is observed as World Book by UNESCO and other related organisations every year. The city of Sharjah has been selected as the World Book Capital for the year 2019.

Indonesia has released a special commemorative stamp on the theme of Ramayana to mark the 70th anniversary of the establishment of its diplomatic ties with India. It is a specially signed version of the stamp will be on display at the Philately Museum in Jakarta.

It is being observed from 24-30 April with the theme Protected Together: Vaccines Work. World Immunisation Week 2019. celebrates Vaccine Heroes from around the world from parents and community members to health workers and innovators who help ensure we are all protected , at all ages, through the power of vaccines. NASA’s InSight lander spacecraft has detected what’s believed to be a “marsquake” on the Red Planet. NASA scientists are still working to confirm the source of the faint trembling. If scientists confirm it would become the first seismic activity ever detected on Mars. Sat, 27 Apr, 2019 In the year 1982, the International Council on Monuments and Sites declared 18 April as World Heritage Day to raise awareness about monuments and other sites which form a part of our history and culture.The day is dedicated to informing people about the status of heritage, their importance. Sat, 20 Apr, 2019 Scientists have discovered a unique oil eating bacteria in the Mariana Trench, the deepest part of the earth’s oceans. In an expedition, researchers collected samples from the trench. In the samples, they found microorganisms that eat compounds similar to those in oil and then use it for fuel. Sat, 20 Apr, 2019 NASA's Transiting Exoplanet Survey Satellite (TESS) was launched to much fanfare in April 2018, as the $200 million spacecraft took over planet-hunting duties from its predecessor, the Kepler space telescope. Seven months after finding its 1st exoplanet, TESS has found its 1st Earth-sized planet. Sat, 20 Apr, 2019 The Stratolaunch aircraft is designed to launch satellites and eventually passengers into space. The plane has two fuselages, 28 wheels, six engines and a wingspan almost double that of an Airbus A380. The world's largest aircraft successfully completed its first test flight. Sat, 20 Apr, 2019 The first privately funded mission to the Moon has crashed on the lunar surface after the apparent failure of its main engine. The Israeli spacecraft - called Beresheet - attempted a soft touchdown, but suffered technical problems on its descent to the lunar surface. Sat, 20 Apr, 2019 Meena Kumari Maisnam continued her fine run to win gold medal in the 54 kg at the Boxing World Cup in Cologne. Sakshi (57kg) and Pwilao Basumatary (64kg) lost their final bouts and had to settle for the silver while Pinki Rani (51kg) and Parveen (60kg) won bronze as India finished with 5 medals. Sat, 20 Apr, 2019

New species of human discovered in cave in Philippines A new species of human has been discovered in a cave in the Philippines. Named Homo luzonensis after the island of Luzon where it was found, the hominin appears to have lived over 50,000 years ago.The new species is known from 12 bones found in Callao Cave. Sat, 20 Apr, 2019 International Day of Human Space Flight 2019 was observed on April 12 to commemorate the date of the first human space flight in the history of mankind. Sat, 20 Apr, 2019 In a significant push to country's flagship programme Make in India, Indian Navy has set up a state-of-the-art Virtual Reality Centre (VRC) at its Directorate of Naval Design. It will provide an impetus to self-reliance and greater fillip to warship construction. Sat, 20 Apr, 2019

Scientists Have Just Discovered a New State of Matter The theme of the National Maritime Day 2019 was “Indian Ocean - An Ocean of opportunity”. NMD 1st observed on April 5, 1964, aims to spread awareness in supporting safe and environmentally sound commerce between the continents across the world. Thu, 11 Apr, 2019 India to set up agriculture institute in Malawi

India signed an agreement with a development bank for setting up India-Africa Institute of Agriculture and Rural Development (IAIARD) in Malawi. The agreement was signed as a part of India's efforts to enhance capacity in the areas of agro and entrepreneurship development for African countries. Thu, 11 Apr, 2019

Japan announced “Reiwa,” two characters that symbolize auspiciousness and harmony, as the name for a new era under a new emperor. The name, carefully selected by a panel of experts and the government under strict secrecy, will be used as the basis for Japan’s unique Imperial calendar system. Thu, 11 Apr, 2019

The longest suspension bridge built over the Indus River at Choglamsar village in Leh was inaugurated by War Veterans on 20th anniversary of Kargil Vijay Diwas. The cable suspension bridge, named Maitri, was built by the combat engineers of the Indian Army in a record time of 40 days. Thu, 11 Apr, 2019 NEW DELHI: Indian shooters made a clean sweep of gold medals in 10m Air Rifle event to continue their dominance at the 12th Asian Airgun Championships in Taoyuan, Taipei. India have won 12 out of 14 gold medals so far and their overall tally stand at 12 gold, four silver and two bronze medals. Tue, 02 Apr, 2019 116-year-old Japanese woman who loves playing the board game Othello is being honoured as the world's oldest living person by Guinness World Records.The global authority on records officially recognized Kane Tanaka in a ceremony Saturday at the nursing home where she lives in Fukuoka. Tue, 02 Apr, 2019 Thi Hump-backed mahseer a large freshwater fish also called the tiger of the water and found only in the Cauvery river basin is now “Critically Endangered”: more threatened than the tiger is, as per the International Union for Conservation of Nature’s Red List of Threatened Species. Tue, 02 Apr, 2019 Arthur Charles Clarke was an author and inventor, most famous for his science fiction novel '2001: A Space Odyssey.' His work ranged from scientific discovery to science fiction, from technical application to entertainment. As an engineer, as a futurist, and as a humanist. Tue, 02 Apr, 2019 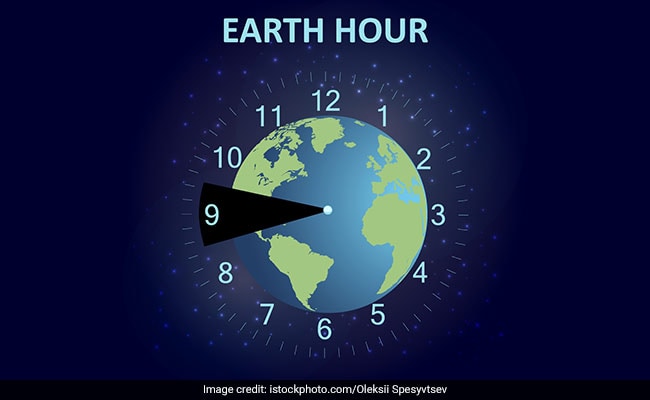